Earlier this month, BRI tested its cutting-edge in-house technology, SISTER2, for its ability to detect abandoned oil wells in a coastal Los Angeles town. This scoping investigation was during a coastal southern California air pollution survey focused on spotting emissions from loitering freighters offshore Los Angeles. The survey started in Oxnard, CA, and drove along the coast through the Ports of Los Angeles and Long Beach and beyond, reaching an hour outside of San Diego.

The coastal survey ran through Hermosa Beach, allowing the BRI team to divert for a scoping investigation into online reports of oil odors. SISTER2 real-time data revealed several faint methane plumes arising from a narrow green park. These plumes were very localized, suggesting either terrestrial hydrocarbon seepage emissions or leakage from abandoned oil & gas well(s). The latter potential is further supported by the California Dept. of Conservation maps, which show abandoned oil wells in the area. Of course, it also is feasible that the wells were drilled long ago into natural seeps, creating a hybrid engineered natural system. Targeted air samples were collected in the methane plumes based on real-time data. The samples are being analyzed by the Blake Laboratory of the University of California, Irvine.

Emissions from seepage and abandoned wells can have identical or very similar gaseous compositions – the primary difference is that one migrates through fractures in rocks, and one through a well and then through cracks in the well casing, likely through cracks and fractures in rock layers. They tap the same hydrocarbon reservoir in both cases, and, notably, wells often are drilled into seepage migration pathways – commingling the escape pathways. The source reservoir contains hydrocarbons (oil and gas) trapped by overlying rock layers, which allows the accumulation of buoyant hydrocarbons; no accumulation means there is nothing to seep. Finally, a pathway must exist through the solid capping rock layer – or there will be no seep migration to the surface in that area. Thus the seepage’s character depends on the type of petroleum hydrocarbons in the reservoir and the geology of the migration pathways (including manmade migration pathways). 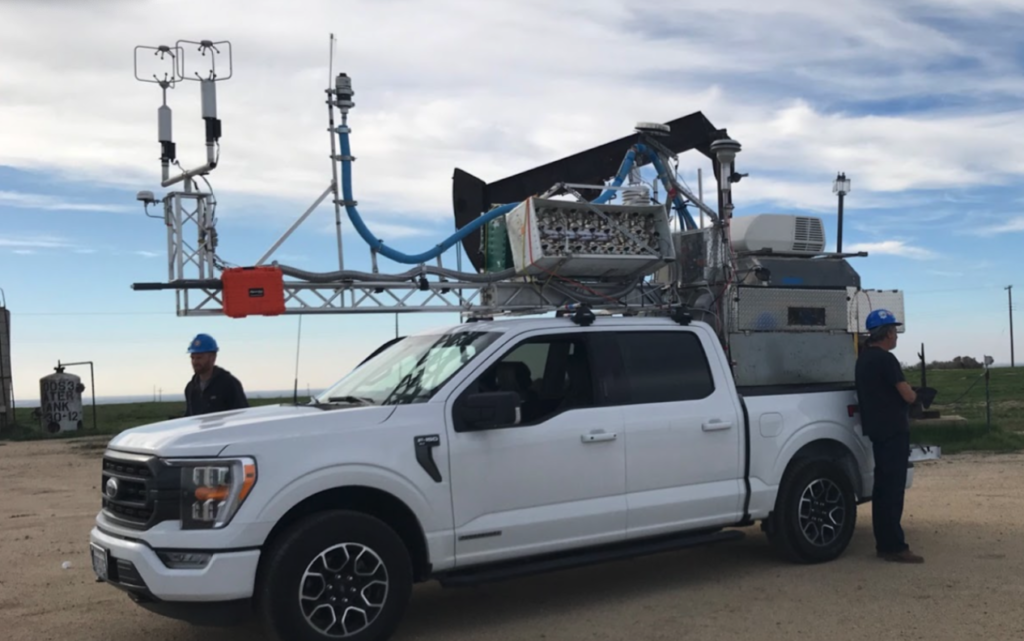 Abandoned oil well emissions can be challenging to identify for several reasons: First, the capped well top typically is not visible, lying buried underground, obscured by grass and bushes. Also, the surface emissions may not be directly above the recorded well location. Additionally, most of the emitted gasses are colorless and odorless and may only escape sporadically. Furthermore, atmospheric conditions, such as winds, dilute these emissions. Leaks can occur from idled but not yet abandoned oil wells and abandoned oil wells that may not have been properly abandoned or may have re-opened due to seismicity.

As part of the global transition to renewable energy sources, millions of oil wells will eventually be abandoned, becoming potential sources of greenhouse gases and other hydrocarbon gases. Notably, many of these wells are located in populated areas (as BRI observed in Hermosa Beach).