The 2020 fire season was brutal, blanketing cities from San Diego to Seattle in wildfire smoke, creating red skies and shockingly poor air quality that impacted lives statewide and beyond. Northern California was especially affected as there were huge fire complexes started by lightning, covering the sky in smoke for weeks. However, a new study has revealed that the wildfire smoke may affect the current Covid19 pandemic. 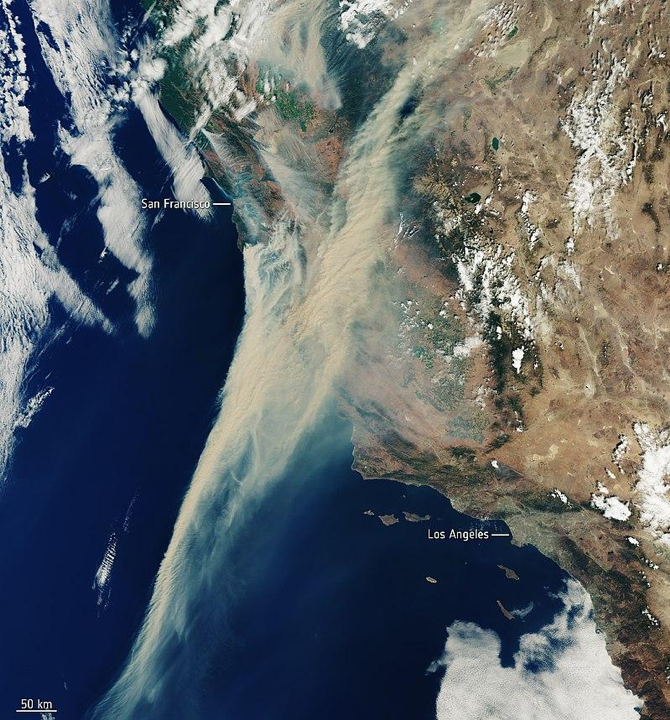 This study was published in the Journal of Respiration and conducted by Bubbleology Research International (BRI) in collaboration with the University of California, Irvine and The Aerospace Corporation. The study found that when wildfire smoke was present (wildfire smoke events), Covid19 cases increased about a week afterwards. These increases were seen in Orange County, CA, an area impacted by smoke during California’s fire season.

“We found 487, 229, and 942 excess Covid19 cases [for three different smoke events] in Orange County, CA, hundreds of miles distant from the fires, about a week after each of three smoke events. The delay is expected given the time it takes to test positive for Covid19,” said Dr. Leifer, lead scientist in the study. “This suggests far more excess cases in areas closer to the fires where smoke exposure was much greater,” added Dr. Leifer.

Many recent studies find a relationship between Covid19 transmission (increasing cases) and mortality (number of Covid19 deaths). For example, it is estimated that 17% of Covid19 deaths globally could be due to air pollution exposure in a study written by Andrea Pozzer, at the ICTP Italy. Air pollution is damaging to the respiratory system, and many other organs, causing inflammation that may make Covid19 symptoms more severe – instead of just fighting off the virus, the body has to work overtime by healing damage caused by air pollution while also fighting off the virus. A hypothesis that could explain the air pollution – Covid19 connection is that air pollution leads to ACE-2 (angiotensin converting enzyme-2)overexpression – ACE-2 is the entry point for Covid19 into cells.

Panel A of figure above shows the fine aerosol (PM2.5) air concentration. Blue arrows point to the smoke events (where there were high PM2.5levels). The number of Orange County, CA, cases are shown in panels B and C. The excess cases are shown inside each case peaks.

The study findings also provide a suggestion of dose-dependency – higher PM2.5 concentrations leading to a larger number of excess Covid19 cases – implying the communities closest to a fire event would be in significantly more danger of worsened Covid19 conditions.

The mechanism by which wildfire smoke affects immune response and Covid19 is not understood, but by analogy with air pollution could be more severe – woodfire smoke is more oxidative and toxic. Wildfire smoke could increase the severity and mortality of Covid19 by  oxidative stress and inflammation. Inflammatory markers which spike during Covid19 infection also spike during exposure to wildfire smoke, leading to immune dysfunction. 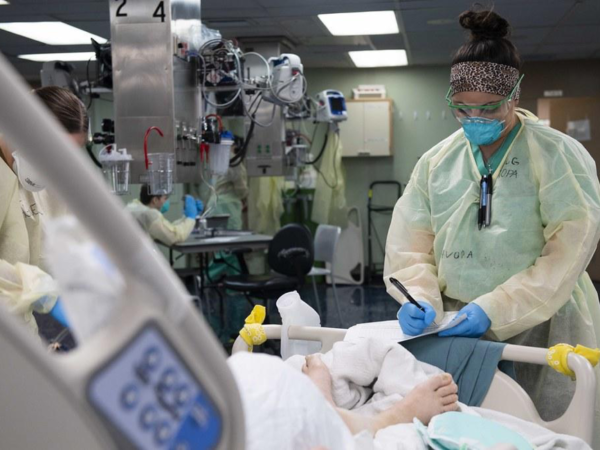 “The differences between anthropogenic and wildfire smoke trace gas air pollution is poorly understood, although wildfire smoke includes many oxygenated compounds that are of definite toxicity concern, while even less is known about the composition of the aerosols.” Dr. Blake said. “This means it is hard to estimate what the health risks are.” 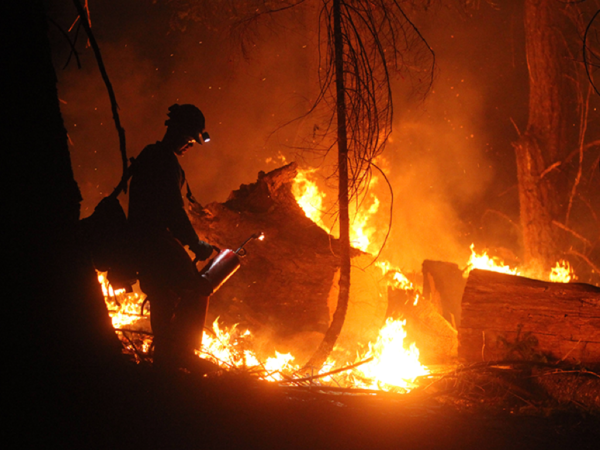 Avoiding smoke or use of proper personal protective equipment (PPE) is crucial during any fire season, but may be even more important this fire season which will overlap COVID19. Specifically, we recommend staying indoors when possible or using PPE that protects against wildfire smoke including N95 masks and HEPA filtration. Surgical masks, cloth masks, and other face covers do not protect the wearer against the virus or wildfire smoke air pollution – they are being widely recommended to protect other people from the wearer who may be asymptomatically transmitting the virus without knowing they are. Hence our N95 recommendation. These precautions should be emphasized for at risk populations such as first responders, firefighters, elderly, and those with pre-existing cardiovascular or respiratory conditions.

This study was exploratory and thus provides only a broad brush view of the relationship between wildfire smoke exposure and the spread of Covid19 and other future pandemics. Further research is critically needed to understand the dose dependency (more exposure more Covid19) and other factors such as ethnicity.

It also will be important to characterize the toxicity of wildfire smoke pollutants, which could be more dangerous than typical air pollution – surprisingly little is known. Measurements of aerosol composition, as well as trace gases are needed.

“It is crucially important to study the relationship between Covid19 and wildfire smoke now to learn from the current pandemic to be better prepared for the next,” said Dr. Leifer

Although west coast states are enjoying a brief winter respite from smoke, fire season is not far around the corner (usually spanning May to December but fires can start as early as mid-February).