Goleta, CA, May 2, 2019 – The most frequently asked question surrounding air pollution is, what impact does it have on human health? The way we care for the environment has a lot to do with that, because it effects our air quality. According to the World Health organization about 7 million people a year die from air pollution. Topics involving air quality research include: smog, climate change, and human health effects.

Though the morning fog brought on a slight mist, that did not damper the spirit of the BRI team who was ready and eager to engage with the Santa Barbara community and introduce them to AMOG! Prior to Earth Day AMOG had undergone tires to roof rebuild that took nearly 15 months! “I have put a lot of hard work into the AMOG Surveyor. It’s a real treat to show off AMOG and give back to the community by spotlighting air quality with our mobile laboratory”, said Chris Gulden, BRI Laboratory Research Technician. 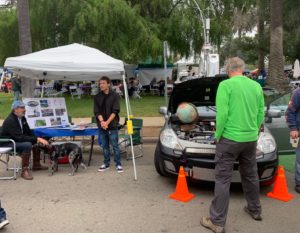 Figure 2 Dr. Ira Leifer, Chris Gulden, and the BRI pup Perla (one-year old border collie), ready and eager to great Earth Day festival goers. Perla was a big hit and attracted many attendees, including other dogs as well. Perla is a part of the BRI team and spends hours in the lab providing a friendly and energetic atmosphere for all the BRI employees.

“Educate. Inspire. Act” was the theme at this year’s Earth Day festival. It is important for BRI to participate in community gatherings like Earth Day to inspire intelligent action around environmental activism, while also educating young minds on the current state of our planet and BRI’s contribution to ensuring it is protected.

The theme “Educate. Inspire. Act” was moved by the ongoing environmental activism that rose from the 1969 Santa Barbara oil disaster. Honoring it’s 50th anniversary, the festival aimed at promoting and empowering a new generation of ecofriendly activists to address issues that involve climate change and pollution of our planet.

With curiosity amongst many, AMOG intrigued people amazed by its commitment to reduce air pollution. “It is inspiring to be a part of an event such as this and to learn about how we as individuals can continue to make our planet more environmentally sustainable”, said BRI Social Media Outreach Coordinator Krystle Farmer.

If you have been to or driven by a dairy, you have noticed its pungent smell. Many people wonder what that smell is, and the answer to that is, gas. BRI and AMOG have conducted studies on dairies such as, the California Polytechnic Research Dairy and the Chino Dairies. AMOG measures the gases that are emitted from different husbandry practices. Recent research measured greenhouse gas emissions of carbon dioxide and methane, as well as other gases which cause major health concerns such as hydrogen sulfide. Depending on the direction of the wind, these gases flow into nearby communities, potentially causing harm. 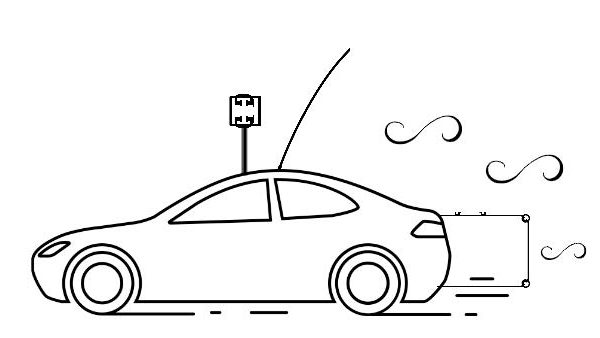 Kids were thrilled at the similarity of AMOG to the time machine that is the DeLorean car from the film, Back to the Future. Others were captivated and pleased with the BRI team’s willingness to discuss the significant concerns that surround air quality that AMOG addresses.

“The truly unique state of the art capabilities of AMOG allow us to tackle tough pollution problems from new directions, providing critical information to the public, decision makers, and other researchers”, said Dr. Leifer. 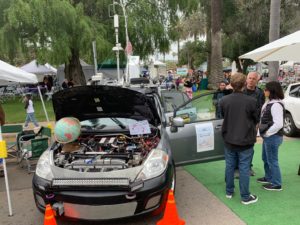 For more information, brochures were distributed with detailed material about BRI and the varied environmental problems the company studies. The brochure provides useful information for prospective collaborations with colorful scientific schematics that children can use for their science projects or classroom presentations (BRI brochure).