Air pollution is of huge concern to both the ecosystem and human health. Air pollution causes 6.4 million deaths per year (as measured in 2015). The gases released by fossil fuel industrial (FFI) activities are a significant source of air pollution. FFI activities also are a source of greenhouse gases, such as carbon dioxide and methane, that are contributing towards global warming and climate change. Methane is around 86 times more potent than CO2 over a 20-year timescale. Given that this industry is a major contributor to the overall methane budget – FFI methane is a serious problem. Leaks are a money loss that also worsens greenhouse gas emissions. Thus, effective identification and fixing of leaks can provide a win-win – saving money and reducing emissions while also reducing air pollution – the same methane leaks also often release air pollutants.

“Accurate and innovative instrumentation development is critical for the progression of the necessary air pollution studies, and thus, prevention.” – Dr. Ira Leifer, CEO and Chief Scientist of BRI. 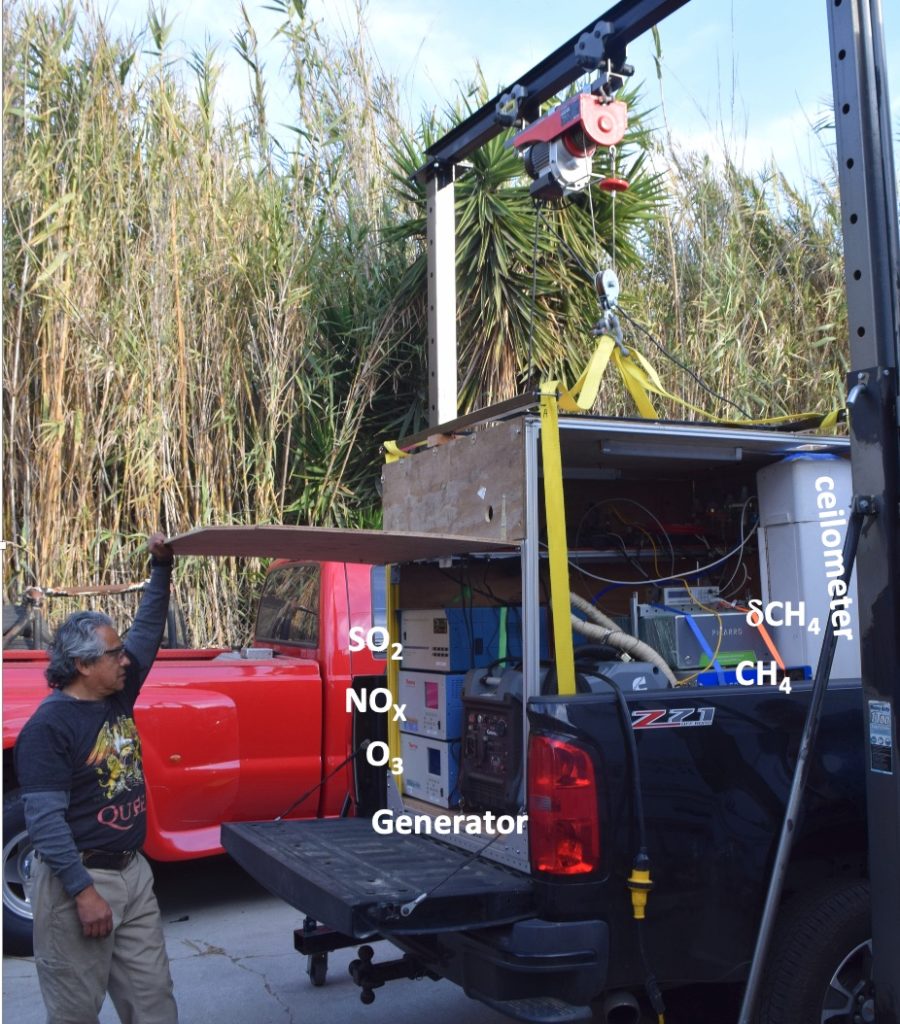 Bubbleology Research International (BRI) has been developing and demonstrating cutting edge technologies  to improve measurements and estimation accuracy. The team at BRI has focused on mobile air quality laboratories – while airborne systems have many advantages, these come at much higher logistical costs and thus much less data, particularly in the developing world. BRI has developed a sedan, 4WD pickup truck, and 40 ft RV mobile air quality laboratory. These laboratories collect data as they drive (up to highway speed!), collecting high quality data over large areas.

BRI has just completed its development of its Standard Instrumentation Suite: SIS™ package, which allows our scientists to install in almost no time in the best vehicle for the mission all the necessary air quality instruments in a self contained package. SIS is a cube about the size of an industrial freezer and includes power (generator & UPS), vacuum, data connection, sample filters, etc. The technology used in SIS has been extensively demonstrated and put into practice via AMOG (Auto-MObile trace Gas) Surveyor. AMOG is a commuter sedan equipped with SIS capabilities that collects trace gas concentrations as fast as the speed limit (even on highways). Read more about AMOG.

The SIS, better known around BRI as the “science cube,” fits in both TMOG (Truck MObile trace Gas Surveyor) and MACLab (Mobile Atmospheric Chemistry LABoratory), and was also designed for marine deployment. This duo has been used to measure emissions around Santa Barbara, CA. 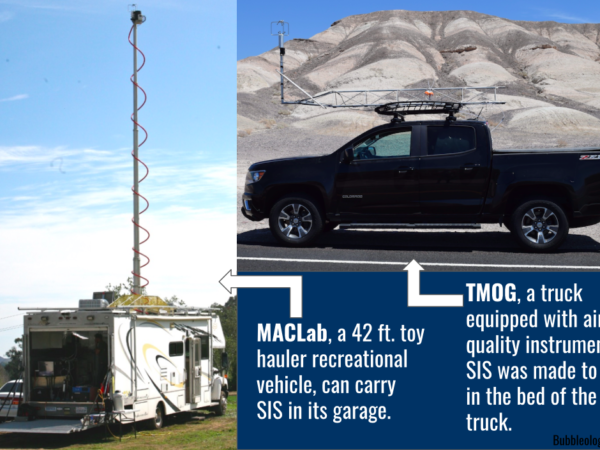 Example of vehicles SIS can be implemented on.

SIS observes 14 trace gases, 3D winds and temperature, aerosols, beta radiation, and detailed solar spectra. Pumps pull air samples down to the analyzers to fingerprint sources and characterize plumes and other atmospheric structures. SIS includes data integration and medical grade power contained inside its walls, allowing for a fully functional, self-supporting air pollution tool. Collected data are integrated in real time on a portable computer, and visualized as collected. This real-time data visualization can inform adaptive survey strategies, allowing the BRI team to adjust their route to improve the science.

Specifically a cross-country trip for BRI’s Cruise America Campaign 2020. This month and a half campaign will measure trace gases for all the oil and gas basins in the US to fingerprint natural gas.

SIS is constructed for marine expeditions, with doors that allow the cube to function without the risk of interference or damage from sea salt aerosols. 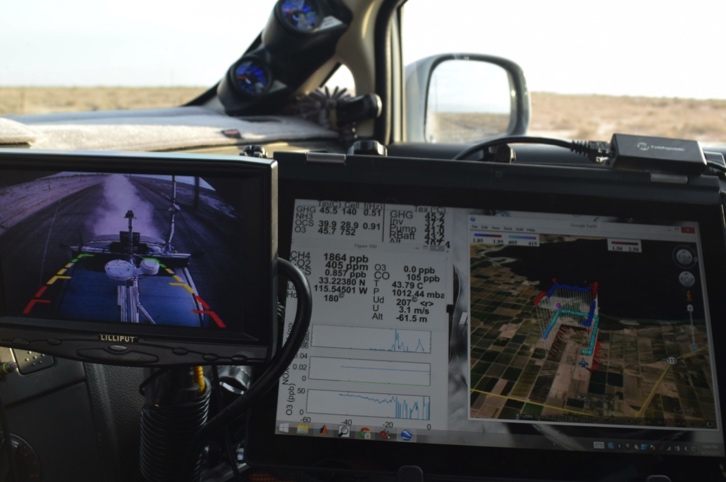 Real-time data visualization on a portable computer (seen inside of AMOG Surveyor).

BRI has been using mobile techniques for air quality measurements since they developed AMOG Surveyor. Continuous and mobile air quality measurements allow for a more holistic view of air quality. In the past, scientists used to collect a couple air samples in a flask and bring them to a lab for testing. Now, most gas analyzers are stationary at environmental science laboratories. These methods provide very poor spatial resolution – providing information about only a few square kilometers of space. A mobile air quality lab resolves that issue and opens up the possibility of many different kinds of experiments since science can be done anytime with this rapid deployment technology. BRI’s “science cube” will allow for mobile measurements locally, cross-country, and even in the ocean.