Seep Science: Tar on the Beach

Many beaches in southern California are dotted with black tar balls – sticky remnants of oil washed up onto the sand. These tarballs are amongst the most plentiful on the beaches around and to the west of Santa Barbara due to proximity to the prolific Coal Oil Point (COP) seep field. They’re familiar to local beach-goers who’ve learned to scrape tar off their feet with baby oil and a nuisance to unsuspecting tourists. Although tarballs can indicate an oil spill, Santa Barbara’s persistent and significant beach tar accumulation arises almost entirely from natural sources – the COP marine hydrocarbon seep field which has been active for at least half a million years. 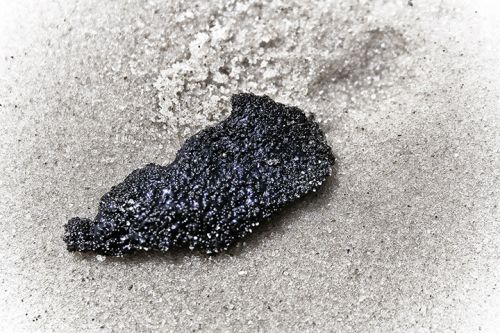 Tarball on the sand.

The journey from oil to beach tar begins at the seep (or upon being spilled – the processes are the same). As liquid hydrocarbons are released from the seep (commonly referred to as oil or petroleum), they undergo weathering processes that break down and remove volatile compounds. This changes the oil’s physical and chemical properties, usually towards lower toxicity. One early weathering process is emulsification – the incorporation of seawater into the oil. This is similar to shaking a bottle of salad dressing containing oil and vinegar. As the oil loses volatile components, it becomes denser. Meanwhile, winds and currents cause the oil to drift, eventually transporting oil to area beaches (other oil can drift out to sea or be buried in marine sediments).

Once stranded on the beach, tar weathers further from the effect of sun, evaporation, and even biodegradation. Sand is incorporated into its matrix – increasing its density.  The tar may then be buried in the sand or washed out to sea with the next high tide. Tar that recently re-entered the ocean drifts along the seabed.

Beach tar accumulation is highly variable. Its accumulation is dependent on source strength – how much oil is released, transport efficiency – how much of the oil is deposited as tarballs on area beaches, and residence time – how long does the tar stay on the beach?

The source strength depends on the emissions from different seeps, which in turn depend on many geological and oceanographic factors. A previous article on temporal variability explores this complex process. The basic principle is that changes in pressure difference between the ocean and the subsurface reservoir cause changes in the rate of oil release. Seeps are not always active, sometimes releasing a large amount of oil and/or gas and then falling quiescent until the next eruption. 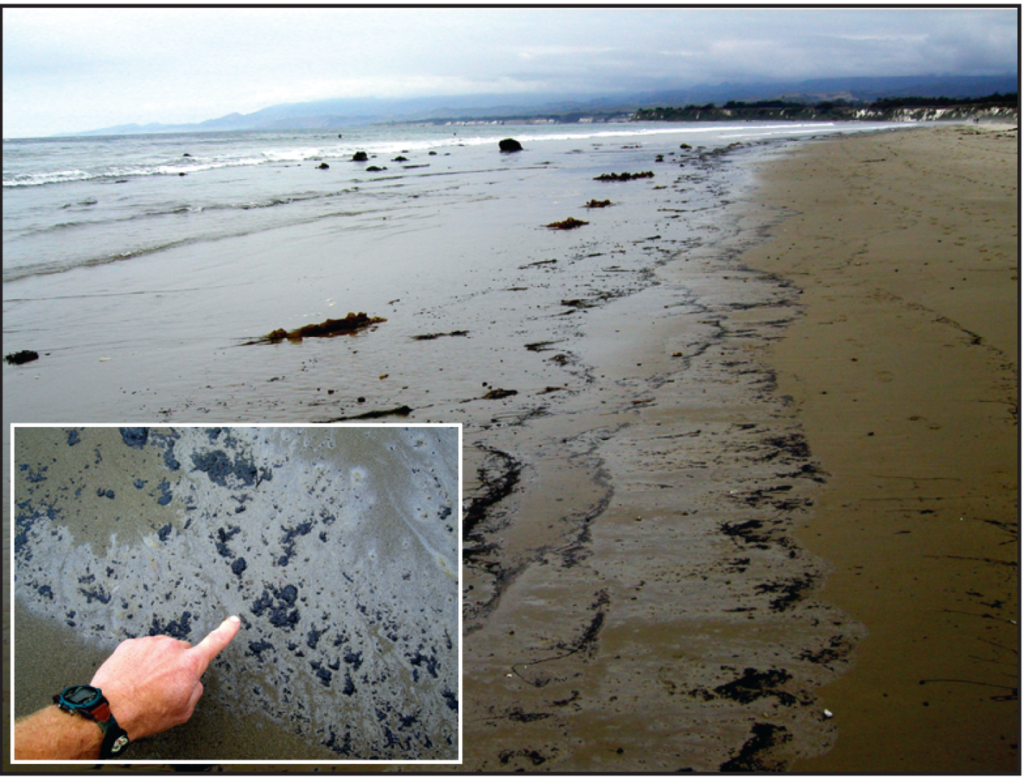 Tarballs deposited by waves on Sands Beach. Note the “line” of tar at the high tide mark.

Transport efficiency also varies on a number of timescales. Weathered oil is dense and will end up on the ocean floor unless it’s transported onto nearby beaches before it sinks. White-capping destroys surface slicks by injecting them into the water column. This poses a particular issue in Santa Barbara in the summer as late afternoon winds pick up. Thus if a tarball is to reach the beach, it must get there before winds kick up or it’s been weathering on the surface too long and sinks.

Seasonally, more tar accumulates on area beaches during the summer more than during the winter. Also, tar weathering occurs more rapidly in the summertime as the heat leads to faster evaporation and the longer days and stronger sun increases photolysis which breaks down volatile hydrocarbon compounds. Afternoon winds are stronger in summer, leading to increasing wave breaking which increases transport of tar to the beach, but also injects the oil into the water column. The amount of swell also affects tar deposition on area beaches. When swell is high, sand accumulates on the beach – and the tar is fragmented into small pieces. At low swell, the beach loses sand to the ocean.

Although these seasonal trends hold true for many seep fields, the Santa Barbara Channel experiences some different trends. Summers tend to be clouded by the marine layer, so oil is not weathered by the heat and UV light of the sun. Summer fog also decreases white-capping. The details of the marine layer vary greatly by location, season, and from year to year. 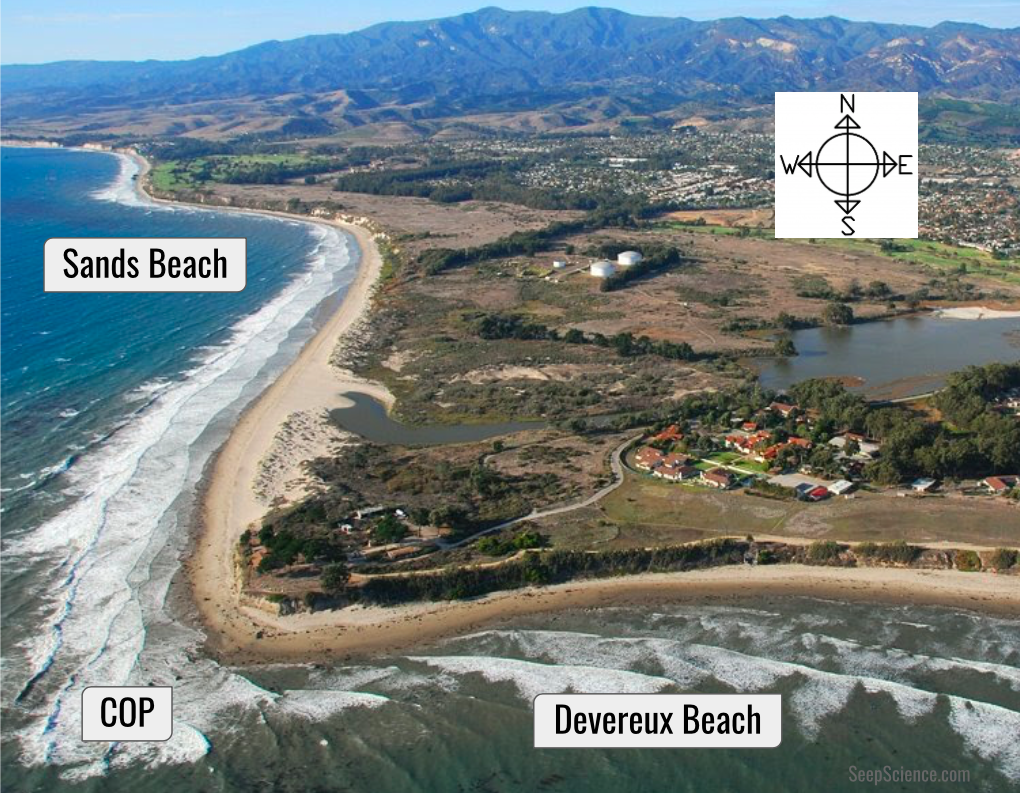 At the Coal Oil Point seep field, the two beaches in closest proximity have the highest tar accumulation: Sands Beach, to the west of COP and Devereaux Beach, to the east of COP. Devereaux Beach accumulates more tar on its shore than Sands Beach. COP protects Devereaux, slowing down waves as they approach the shore. As the longshore current (parallel to the shore) slows, both sand and tar deposition increase as does residence time.

As long as tar stays on the beach, it continues weathering. Eventually, almost all tar re-enters the ocean. Tar’s journey after deposition on the beach is part of active research.